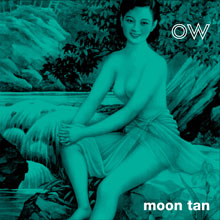 Ow has the pretence that, although without lyrics, their music is actually about something, namely, everyday things like loneliness, confusion, alienation,depression, being lost , snails, lost love, snowboarding, the decline of western civilisation, evil women (on tv) , food and alcohol abuse, loss of memory.
They recorded their first CD ‘Nowhere’ with the help of Dimitri and Geert (ghosttown studio’s) which is released on Heavenhotel.