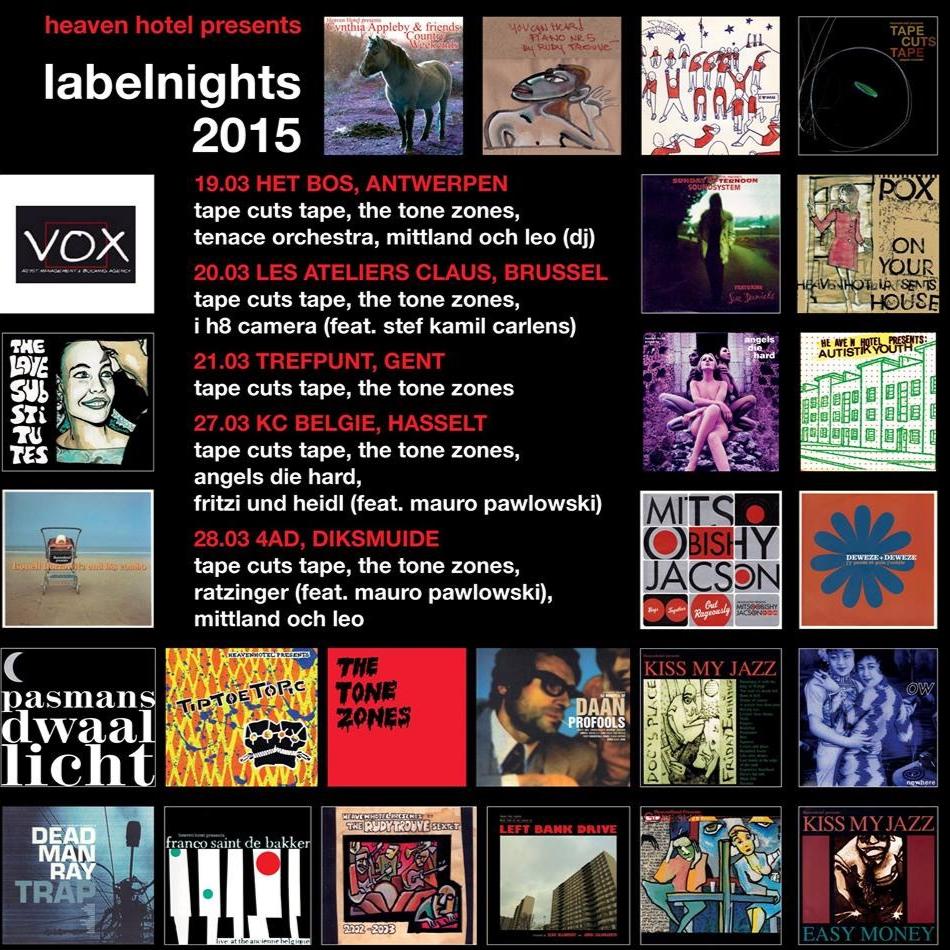 God Owes Us a Swimming Pool is a Heaven Hotel double vinyl compilation being released because of the Heaven Hotel label being in existence for 20 years, which is accompanied by a tour of Heaven Hotel bands all over Belgium, in different venues, with different bands, and labelled as the Labelnights 2015.

Some old, some new will be presented, and in any case every night will be unique and full of surprises, for both the bands and the audience.

Tape Cuts Tape will be playing every night because of their upcoming 3rd release, and also The Tone Zones, a new formed duo of guitarists Elko Blijweert (o.a. Dead Man Ray and Gruppo Di Pawlowski) and Milan Warmoeskerken (Mittland och Leo). They will release their debut album also in March, full off  surfinstrumentals and elektronics. They have a few nice intepretations of The Pyramids, The Ventures, The Shadows eand – cultband avant la lettre – The Jokers.