Rudy Trouvé and Jeroen Stevens will play as a duo for the first time ever this Sunday morning at C-Mine in Genk. They will accompany several actors in a piece about people’s favourite years. It seems like a highly interactive event which starts at 11 am.

Heaven Hotel family friend Jeroen Stevens has been curating the “Musician’s Choice” series at Filmhuis Klappei for a while and would like everyone to know about tomorrow’s event. Said event consists of Dutch underground legend Meindert Talma playing a very rare Belgian solo gig, followed by a screening of the British cult film “Withnail & I”. Here’s the flyer: 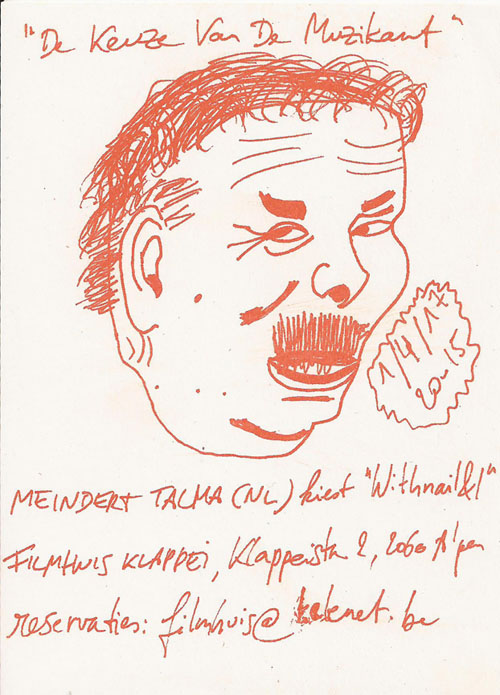